In the Northern Europe, near the Baltic Sea, there is a lonely fishing village. A point on the map of Latvia called Lūžņa. In
Soviet times this magical place was occupied by the military and barracks were built. The House of Silence is emerging from the foundation of the old military barracks. It will be something akin to a modern monastery, but one that residents can enter and leave freely. A place of quiet reflection that we all need so much... at least sometimes. The House of Silence provides shelter from the hectic sounds of city life. One may find respite here amidst the bounties of nature, in the forest by the sea, touched by wind, wild creatures, and the magnificence of the great sky. CEWOOD Panels are chosen as main finishing material in ceilings and part of walls due to its acoustic, aesthetic properties. According to a House of Silence representative
Lita Rubene: “We truly like this material, because not only does it make the sound great, but also gives a sense of coziness and creates the right environment for meditation. The central element of the House of Silence is a labyrinth picture shot at a French cathedral, which represents the idea of life as a journey through a labyrinth where the ultimate aim is close yet far. The labyrinth picture is positioned within the CEWOOD Panels and it looks grotesque combined with the luminaries hidden in the panels.” 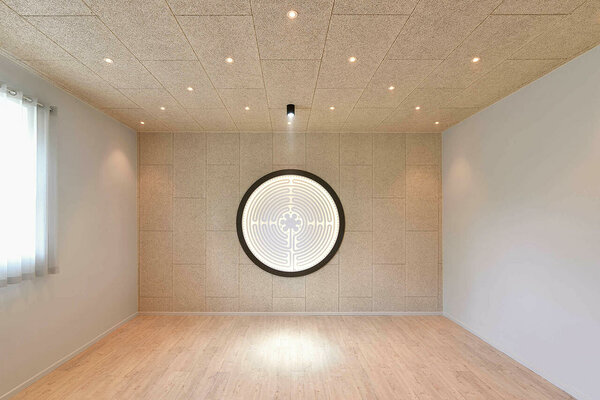 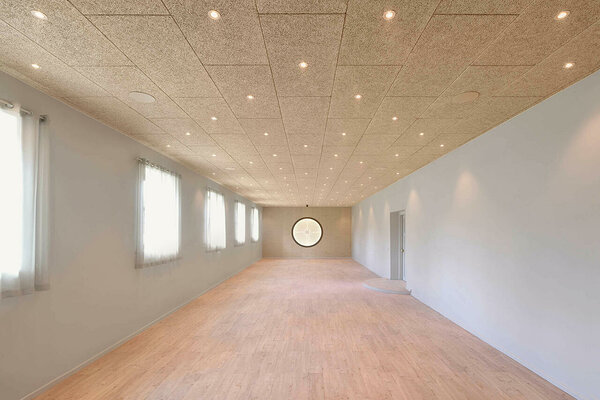 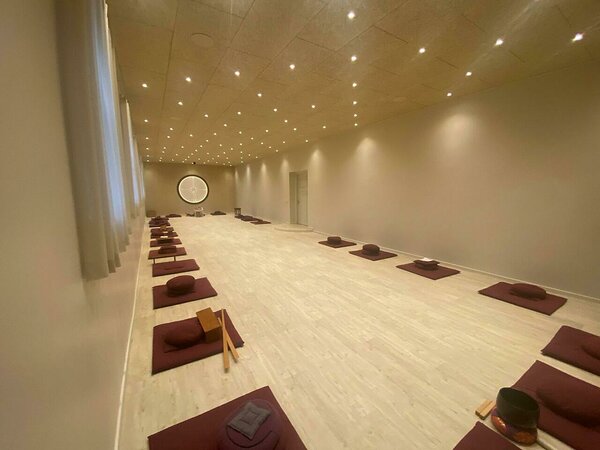 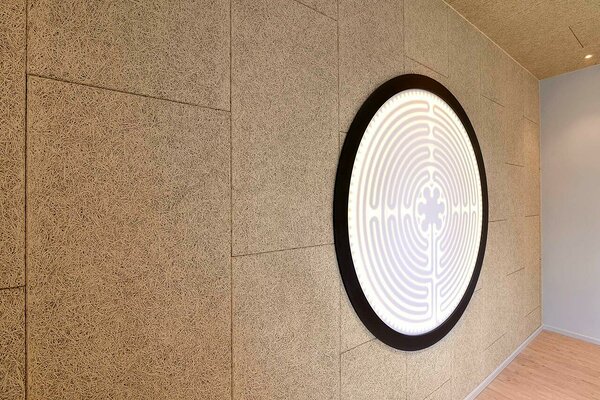 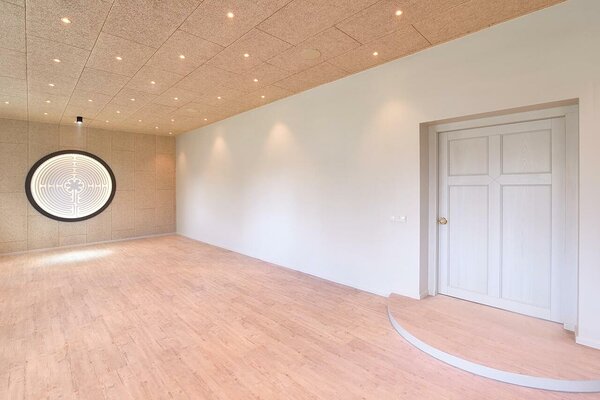 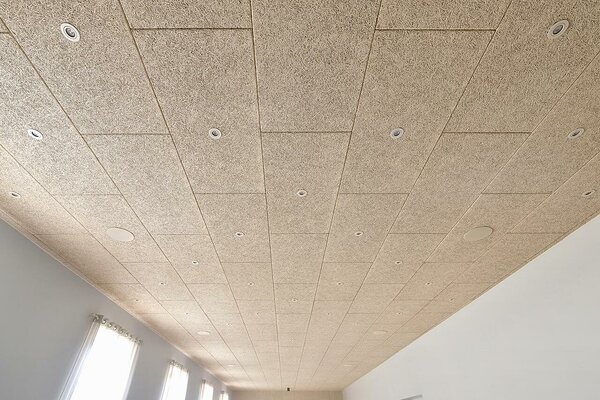 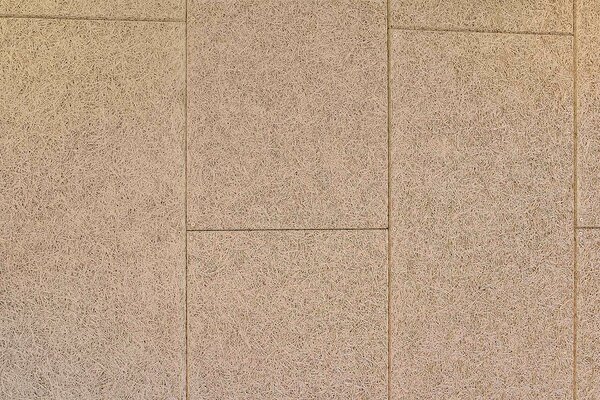 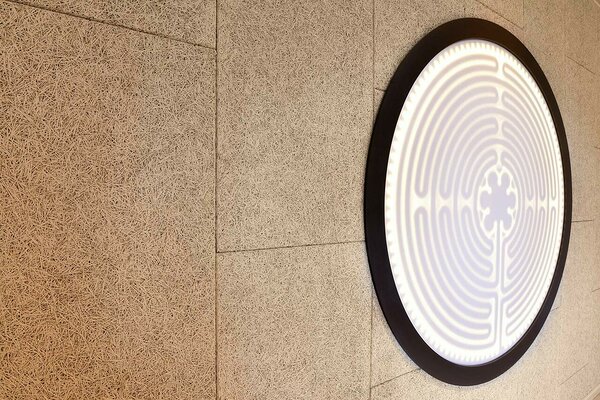